by Nancy Hassel, American Pet Professionals Last Thursday, in Austin, Texas many of us in the industry attended the first ever Pets & Money Summit.  Slated to be like a ‘Shark Tank’ for the pet industry or where pet businesses could meet investors, there was actually more to it than that.  Hosted by Kisaco Research, a company based in the UK who host similar events in many different industries. Kisaco Research works with the early adopters and leaders of growth markets in driving their respective industries forward and in providing the right knowledge, learning and social opportunities to stimulate business growth quickly and effectively.  Kisaco Research produces, designs and hosts B2B industry conferences and exhibitions. 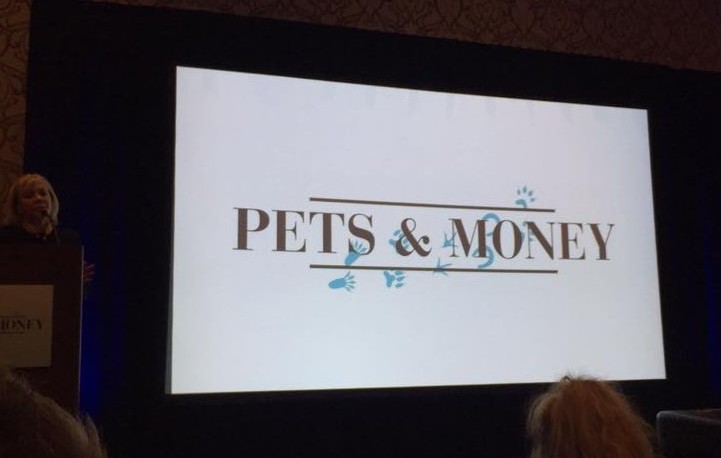 The one-day event held at the Hyatt in Austin, started at 8 am with networking and then an intro from Stephanie Jaczniakowska-McGirr of Kisaco Research and from Carol Frank of MHT Partners who introduced each of the 12 Best in Show winners.  You can see two of our members Dig Dates and Mixlab’s video presentations that were done at the event. The day was followed by private one-on-one meetings and sessions with topics including:

And a few other sessions and speakers and more networking and meetings throughout the day. 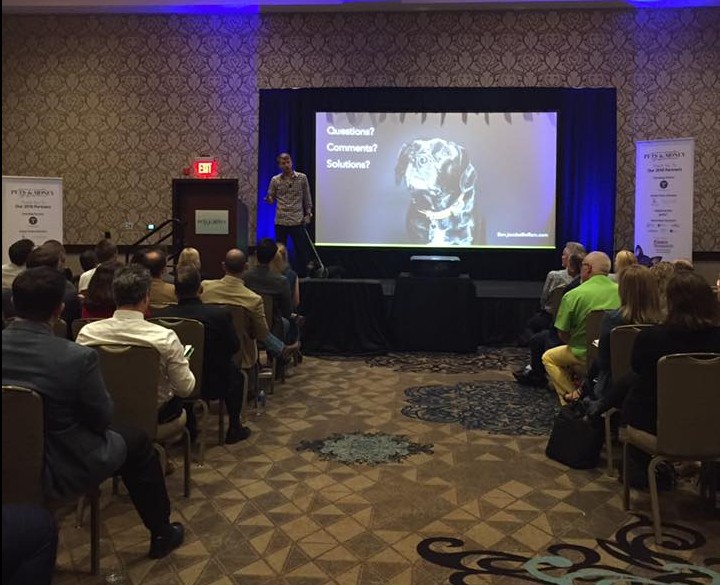 "Pets & Money was a great opportunity to meet fellow startup executives and meet prospective investors. I was impressed with the quality of the first year event," stated Zel Crampton, CEO & Co-Founder of Diggs. I commented to someone there about ¾ through the day, “I feel like I have been here for a week, but in a good way!”  Meaning I have met so many people, had meaningful conversations and meetings throughout the day, and listening and learning at each session that it felt longer than a one-day event. 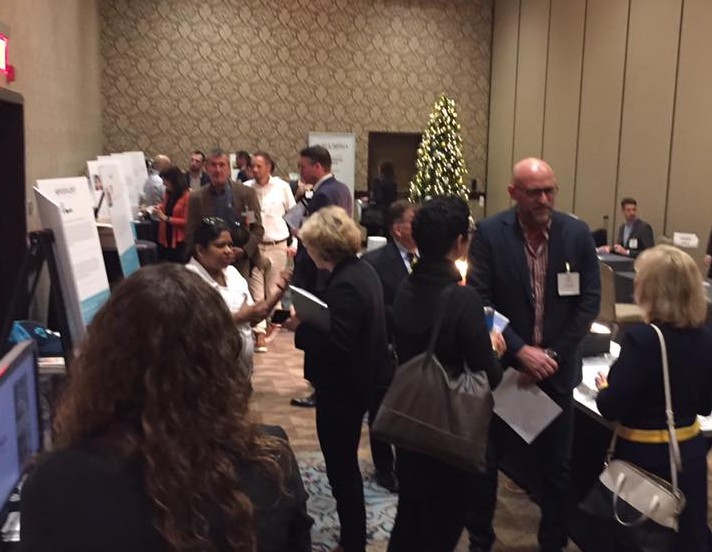 This event was different in that it was held in one space within the hotel, it was a smaller more intimate crowd of pet professionals that was there to do business, meet new pet companies and learn from each other.  Many people commented to me that they liked that it was a smaller event, that they really got to talk with people, I agreed (preaching to my networking business choir!) [caption id="attachment_4529" align="aligncenter" width="401"] 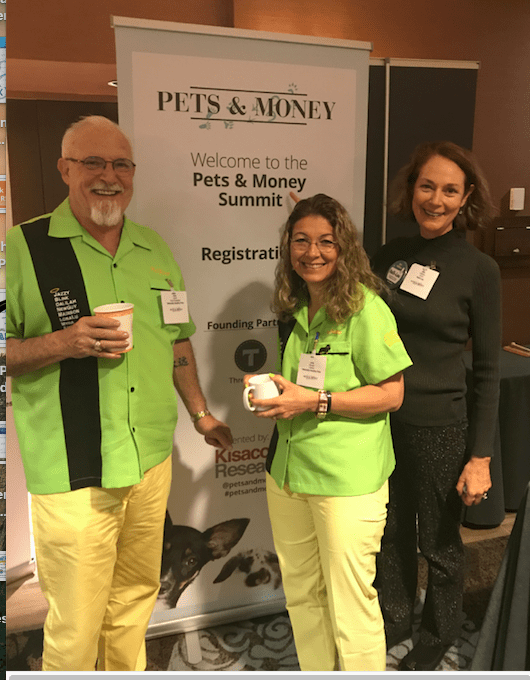 Hue Grant, Dr. Judy Morgan and Jeni Halliday[/caption] Each meeting session was, I believe an hour and forty minutes (double check this time) and attendees could pre-schedule meetings before the conference with the ‘Meeting Mojo’ – which had some technical issues through the website, but the emphasis was there and I for one appreciated that. You had 20 minutes for each meeting you scheduled, and when that 20 minutes was up, they would walk around chiming soft bells so you knew you had to move onto your next meeting – a more elegant kind of speed networking, which worked out well for many of us in attendance. 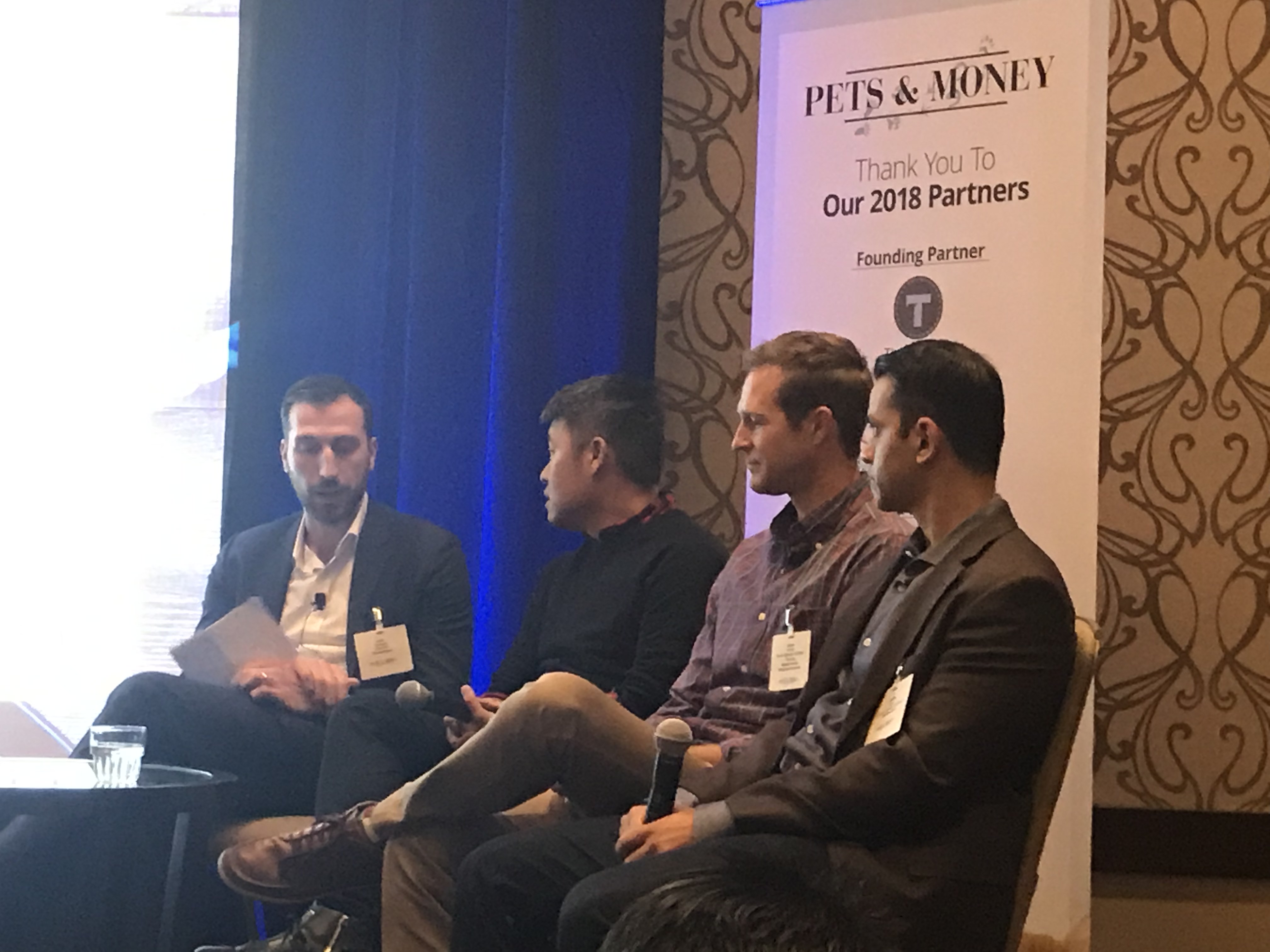 "At the Pets & Money summit in Austin, Texas  I had the opportunity to have 20-minute meetings with pet product manufacturers and service providers that were the perfect length of time to get to know a company’s issues, needs, wants and desires.  I was able to meet with everyone I wanted to at the conference since it was nice and intimate in size," said Dana Humphrey, President of WhitegatePR aka ThePetLady. [caption id="attachment_4515" align="aligncenter" width="415"] 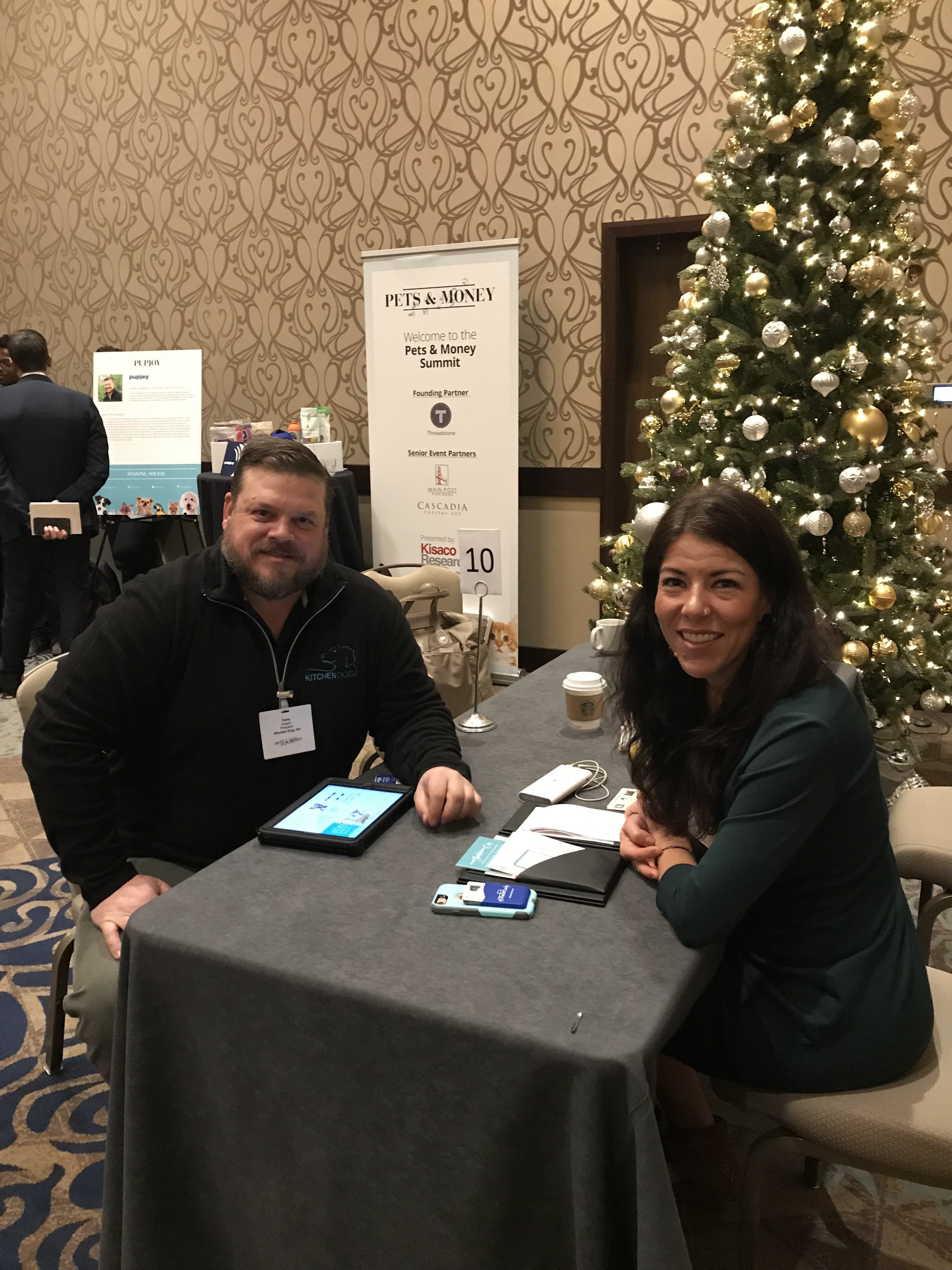 Terry Kasper, President & founder Kitchen Dog, and Dana Humphrey of Whitegate PR[/caption] And even if you didn’t get to sit with the person you wanted to talk to for 20 minutes the networking was right in the same space so there is no way you didn’t leave with a pile of great new connections or got to catch up with pet pros you already know. [caption id="attachment_4516" align="aligncenter" width="416"] 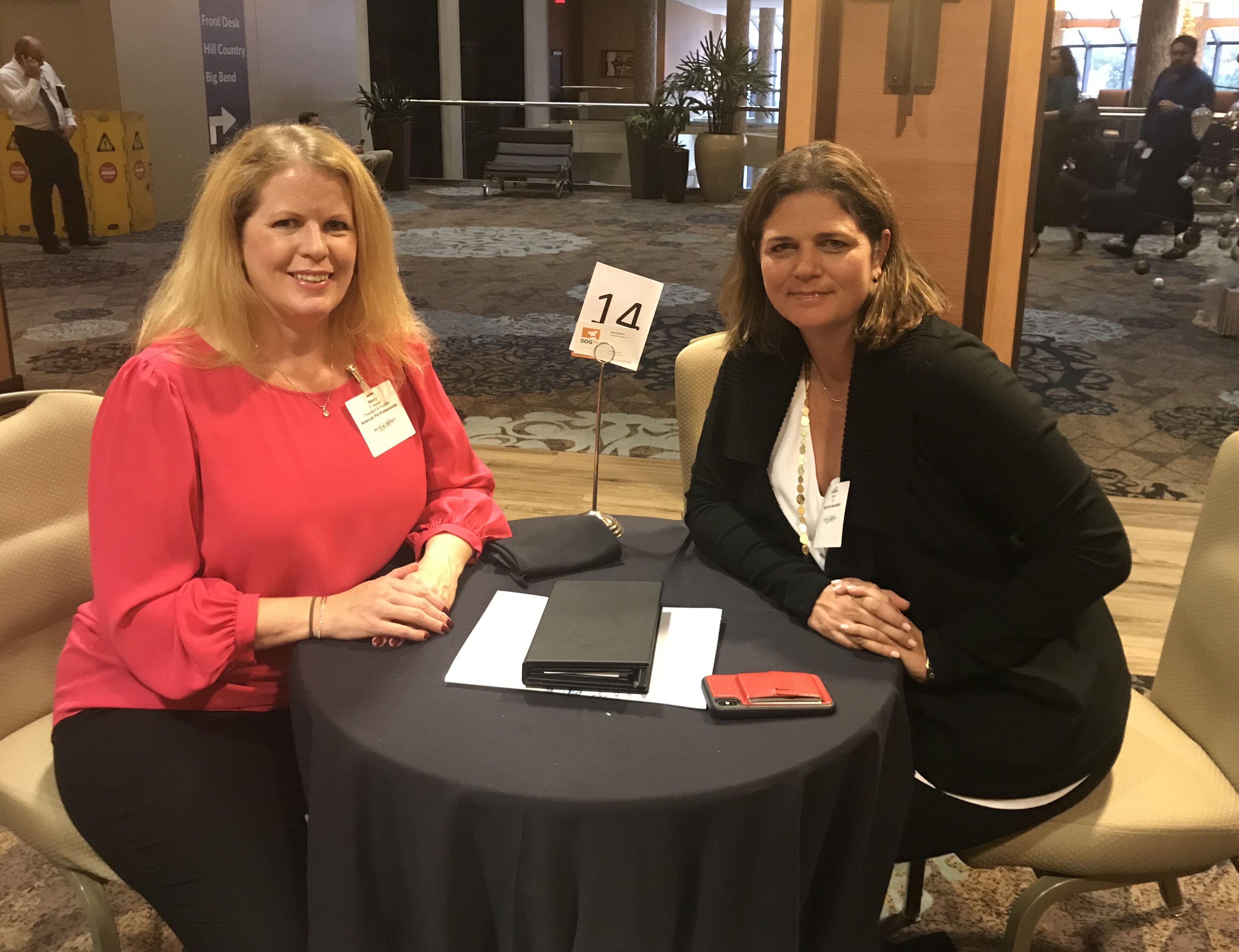 Nancy Hassel, President of American Pet Professionals, and Courtney Harold, VP of World Pet Association[/caption] At the event, there was plenty of time to met and speak with the investors that were circulating – which I know the 12 Best in Show winners that were there were hoping to meet.    [caption id="attachment_4520" align="aligncenter" width="415"] 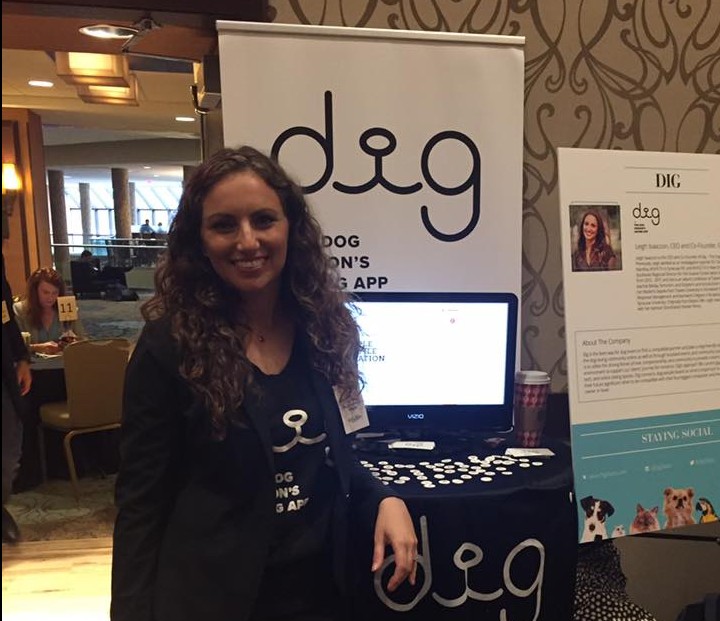 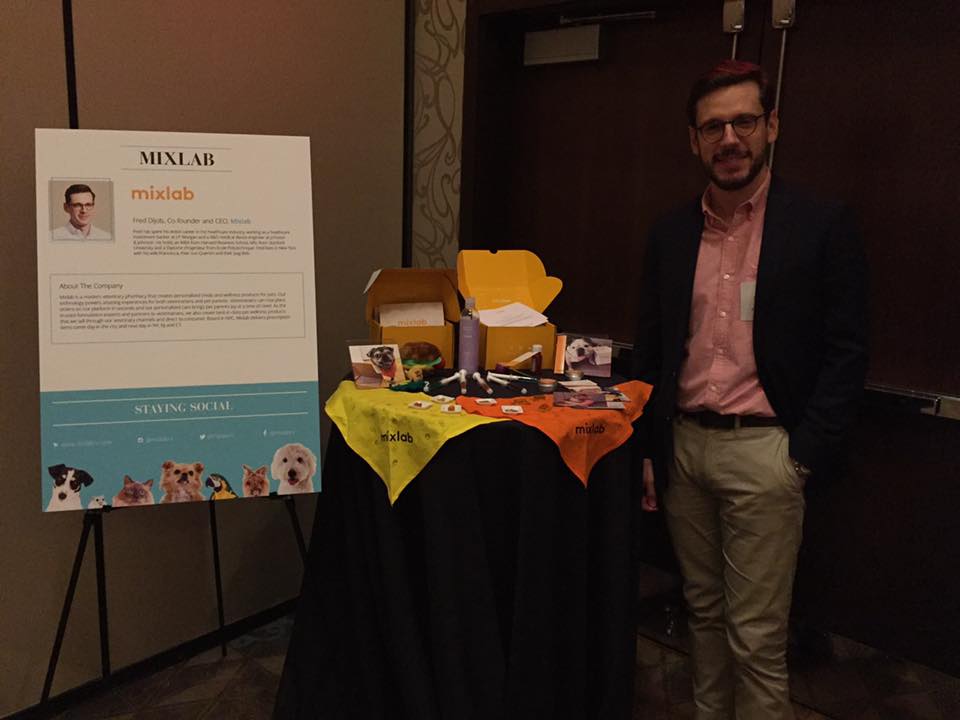 Fred Dijols, Founder & CEO of Mixlabrx[/caption] The next Pets & Money summit is taking place on February 28, 2019, in London, England.  You can find out more here and even more on Animal Health events happening in Boston in April of 2019. I hope the next Pets & Money in the US is in New York City, hint hint, wink wink!  If you were there, and we didn’t get a chance to meet, please feel free to shoot me an email so we can connect! [caption id="attachment_4525" align="aligncenter" width="399"] 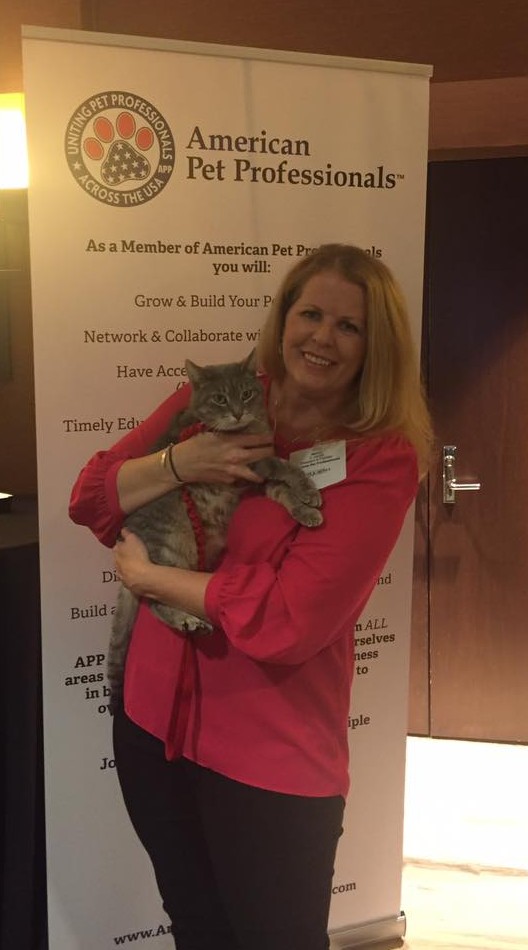